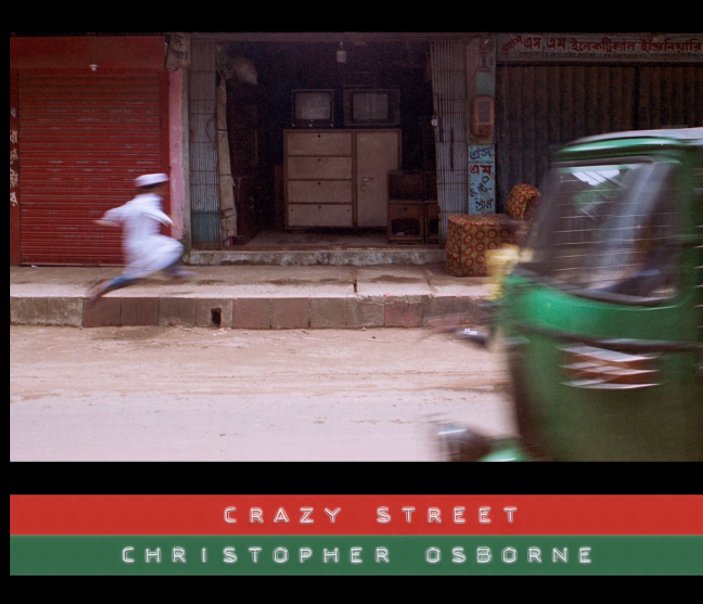 Crazy Street is Christopher Osborne’s latest photobook. If ever there was a celebration of life in the vibrant streets of Chittagong, Bangladesh, then this photobook is it!

Bangladesh cities are the very definition of a visual explosion colours. Crowded streets where human muscle, sweat and large parts of the economy. A cacophony of street sounds , and a constant bumping over pot holes. The air is filled with emitted by thousands of petrol engines that to make even the most seasoned traveller feel . And there is a fragrance associated with decaying and sewers.

However, there is another side of Bangladesh’s streets to be discovered. Every time I come back, I have ventured further and further, and have discovered these cities to consistently have some of the warmest displays of humanity one can imagine.